With more than 250 years of collective experience, we have one of the most tenured and talented teams in the printing industry. Kappa is known for its exceptional service.

Nick was raised in the South Bronx of New York City as the son of immigrants from Greece. He graduated from the Bronx High School of Science and served in the U.S. Naval Reserve for 11 years. Like other self-made men, Nick learned his trade, in this case printing and publishing, by working for someone else but eventually went out on his own.

In 1970, the original Scranton Lithographing Company was acquired by Nick and evolved into what became Kappa Graphics. It was transformed from a commercial printer to a publication printer for such popular magazines such as TV Guide. By the mid-1980’s, Nick acquired a series of publishing entities. Kappa Media Group publishes puzzle, sports, entertainment magazines, and periodicals. Kappa Publishing Group publishes adult puzzle books and magazines as well as children's magazines and maps.

Nick and his wife Athena established the Karabots Foundation to bring better health and youth related programs to early teenagers living in in under-served communities. The Foundation helps provide access to medical facilities and expose young people to life’s possibilities beyond that which they are exposed to day after day. 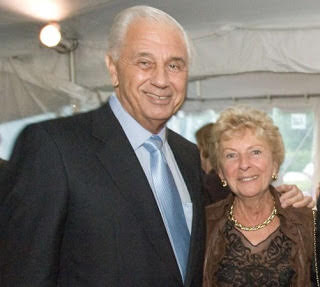 "I have always felt strongly that all children, especially those living under difficult circumstances, deserve the opportunity to live a healthy and productive life" Nicholas Karabots

Contact us for samples and fresh format ideas to enhance your print projects, or request a quote here.